In the news: New Performance T-shirt Made With Cinnamon Stifles Odor

An apparel company is using an ancient Egyptian secret to keep shirts smelling clean for longer - cinnamon. Koup, a new start-up company, will debut a t-shirt made of recycled bottles and infused with cinnamon extract in Taiwan later this year. The compound cinnamaldehyde, found in cinnamon, gives the t-shirt its antimicrobial properties. 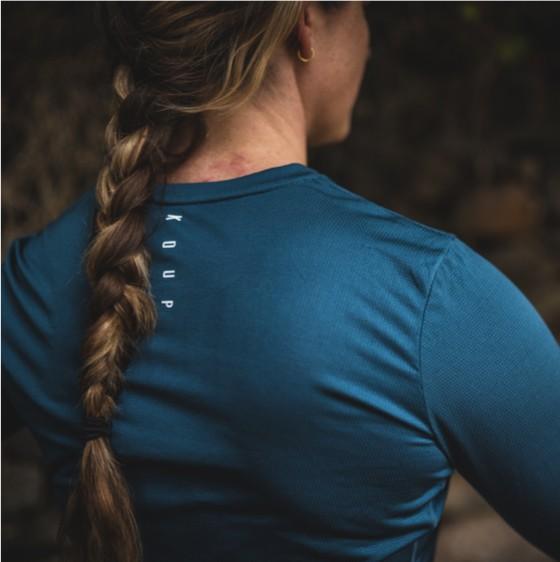 “Sweat itself does not carry odor,” remarked Koup's founder. “It is actually the bacteria on your skin (such as staphylococcus aureus) that produce odor as they feed on sweat. The way cinnamon works is that it inhibits the growth of sweat-eating bacteria. Thus, odor is not produced, keeping you smelling fresh.”

“The natural anti-odor and wick-dry performance means you can bring this as the only t-shirt on your trip, which further reduces your gear,” Koup's founder commented. “Also, the moisture-wicking property means the t-shirt keeps you dry and comfortable when you are on the go, and its thermal characteristics help regulate your body temperature.”

The shirt is specifically designed for travelers. Anyone who's travelled at length, maybe with a few layovers, knows how it feels to arrive at the baggage claim feeling disheveled and smelling far from fresh. In addition to its anti-odor attributes, the t-shirt is 30% lighter than the average cotton t-shirt and can be rolled up tighter than a pair of socks. Don't worry, you won't carry a cinnamon scent when wearing the shirt - it doesn't actually smell.

You might be wondering where the name Koup derives from. In 2019, Koup was born in response to disgust towards harmful chemicals that are frequently used to enhance textile performance, at the expense of the environment. Koup comes from from the French phrase, “coup d'etat”, signifying the company's desire to challenge the status quo and bring about change.

In the News: A Pen That's Out of This World