In the News: Chick-Fil-A store 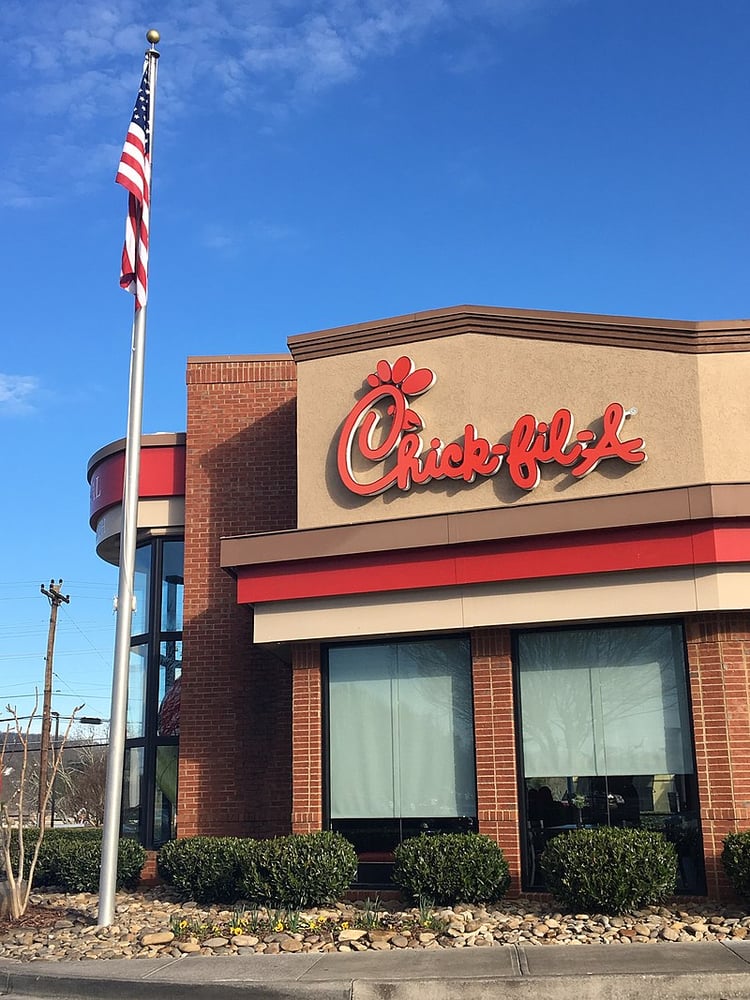 Chick-fil-A is joining its competitors in the fast food space by offering its first line of branded merchandise through a new e-commerce platform.

The famous chicken chain has always been known for exclusivity in some regard, being pretty much the only big fast food restaurant that closes on Sundays. So, it makes sense that it was one of the last holdouts to join the branded merchandise boom. 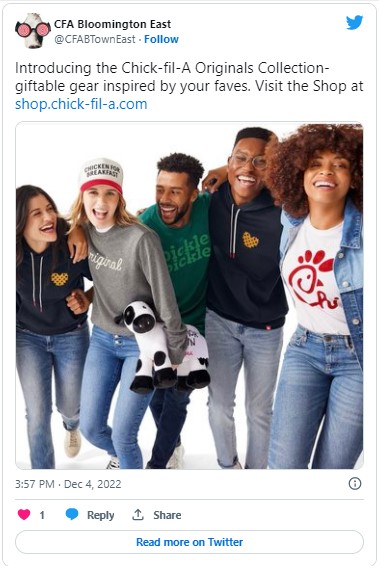 There is a logo tee, too, but it uses a sort of zoomed-in design that makes the logo wrap around the torso.

Also, some of the items serve as reminders that, yes, Chick-fil-A does breakfast. There's a trucker hat and coffee mug that both say "Chicken for Breakfast."

Finally, there are the keystones of Chick-fil-A's marketing: the cows reminding you to "Eat Mor Chikin." Chick-fil-A is selling a "shareable bag of cows," which is just an assortment of mini stuffed cows, as well as a larger plush cow that stands on its own.

Some items are already sold out, like a set of socks or a pillow set made to look like a pack of the famous Chick-fil-A sauce.

We've said it before, but this is just the new way of the world in fast food and fast-casual restaurants. Selling food alone isn't enough. You have to be a lifestyle brand, too. If you can use tools like exclusivity and seasonal drops, you're destined for success.

With that in mind, it's a safe bet that Chick-fil-A isn't done with its branded releases, even though it was late to the table. Don't expect a new drop to release on Sunday, though.