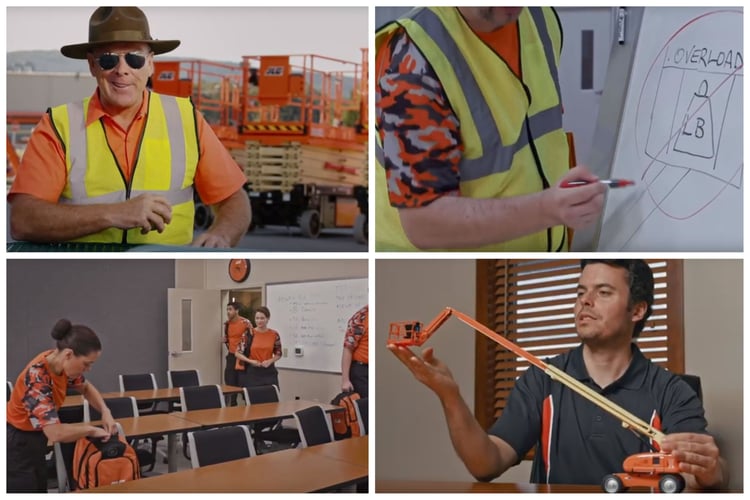 We were thrilled to be included in JLG’s ANSI standards update!  With just a year to make sure owners, occupants, and supervisors were made compliant to the new requirements, JLG decided to roll out a boot camp.  They began by implementing a military theme which evolved into a digital camouflage pattern to match the colors of their logo.

The ANSI regulations hadn’t seen such an overhaul in more than a decade.  Management felt that Sergeant McConnell, a man with a humorous, drastic, martial approach, would be well-suited to not only help JLG become familiar with the new laws, but also to help the rest of the industry, through their amusing social media miniseries. 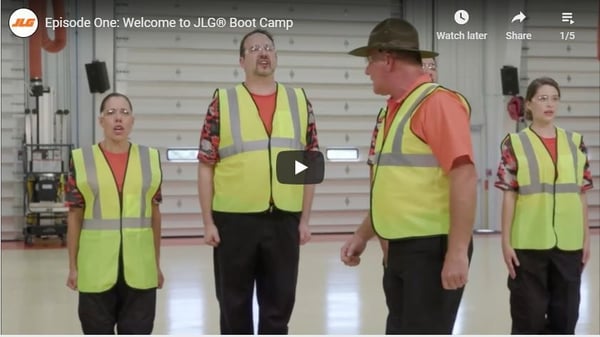 The boot camp comprises five videos and traces the path of four individuals as they progress through Sgt. McConnell’s rigorous lessons.  He whips them into shape in accordance with legal constraints such as weight limits on telehandlers and other majestic machines.

The benefits of compliance, he illustrates, are not limited to keeping safe, staying productive, and avoiding citations and fines.  To compensate for Sgt. McConnell’s autocratic regime, JLG made a variety of schwag available to the participants of the boot camp.  Adform is pleased to have provided this schwag as an incentive to the brave students of Sgt. McConnell’s to complete the program!